Еarnestly ask all the parties interested in the receipt and\or holding cargo documents on goods carried/arriving to the territory of Russian Federation at present time in container equipment of the MSC line, to notify the nearest MSC office and

We hereby inform You that by the Resolution №830 dated 25th of August 2014 of the Russian Federation Government announced new amendments to the list of embargo #778 dd. 07th of August 2014. Those amendments will come into force since 01st of September 2014.
You can familiarize yourself with the text of the document on the official source of publication, including the internet address http://rg.ru/2014/08/25/vvoz-dok.html.
Taking into consideration the above, the cargoes carried in the container equipment of the line MSC GENEVA S.A. and arriving at the checkpoints on the Russian Federation territory, contained in the list of goods prohibited for import (Appendix #1 to the present letter), fall under the ss.13 and 14.6 of the Line Ocean Bill of Lading, due to application of intensive measures of customs control and taking into account the special circumstances and force-majeure.
We pay your attention that in case of attempts of import and customs clearance of cargoes, falling under such risks, on the territory of Russian Federation, the Merchant (according to the definition of the Bill of Lading of MSC Line – party to the contract of carriage or the representative of such party) consciously assumes all risks related to such carriage and bears responsibility for any loss, delay, additional expenses and damages related to the carriage and re-export of such cargo, including those that are incurred by third parties.
In view of the above, we hereby earnestly ask all the parties interested in the receipt and\or holding cargo documents on goods carried/arriving to the territory of Russian Federation at present time in container equipment of the MSC line, to notify the nearest MSC office and provide urgently all the information on cargo available, including detailed information on the consignee and country of origin of the cargo. In case of non-receipt of information on cargo from interested parties during three days, or in case of delivery of instructions on prohibition of import of the cargo by the customs authorities before the expiry of such period, MSC line will have to comply with those instructions, in accordance with the ss.9 and 13 of the Bill of Lading, acting as agents of the Merchant. All the expenses on the movements for the purpose of compliance of the instructions are to be paid by the Merchant.
In addition, MSC line reserves the right, for the purpose of control of import cargoes conformance to the Resolution of Russian Federation Government, to present additional requirements on the cargo and document arrangements in order to minimize risks connected with the introduced prohibitions in the execution of booking. Appendix:  List of goods prohibited for import from the 01st of September 2014. We appreciate your understanding,From and on behalf of MSC Mediterranean Shipping Company S.A. of Geneva, Switzerland. As agents for the Carrier MSC – LLC “Mediterranean Shipping Company Rus”. 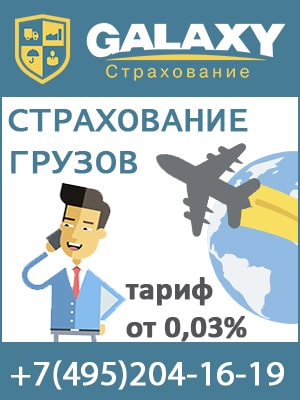